A former office building on Prinses Irenestraat, built in the 1970s, is to undergo renovation. It was one of the first buildings to be built in Zuidas. The current occupant, the Amsterdam International Community School (AICS), will be relocating to new premises.

The redevelopment project will be carried out on behalf of G&S Vastgoed and Nuveen Real Estate. V8 Architects has been contracted to restore the building to its original function: that of an office. The AICS has been looking for a new location for some time, because it has outgrown the building. This has now been found in A.J. Ernststraat, where a new building for the school is being created. 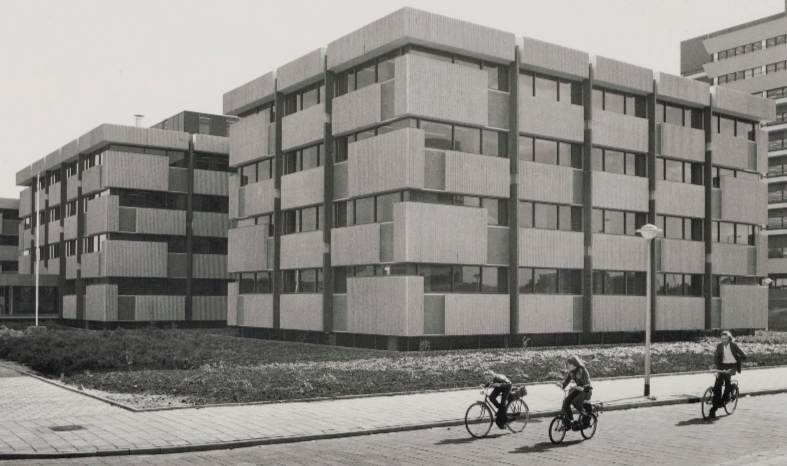 Standing right on the corner with the Parnassusweg, the building on the Prinses Irenestraat has a long history by Zuidas standards. Together with the nearby Atrium building and the old law courts (the Parnassus complex), it was one of the first developments in this area (before that, only the Free University had been built in the area). The complex has been in use since the 1970s, first by the law firm Klynveld Kraayenhof & Co (which became part of KPMG), then the illustrious trading house Ceteco (which no longer exists) and later Nauta Dutilh (now located on Beethovenstraat). Since 2003, it has been home to the AICS.

V8 Architects have come up with a number of options for greening the roof of the building. One option would be to add a roof garden of up to 1,500 square metres. Greenery will also be added at street level, which will be in keeping with the greening strategy for the whole of Prinses Irenestraat, including the green strip, which will be extended, and Prinses Amaliaplein. 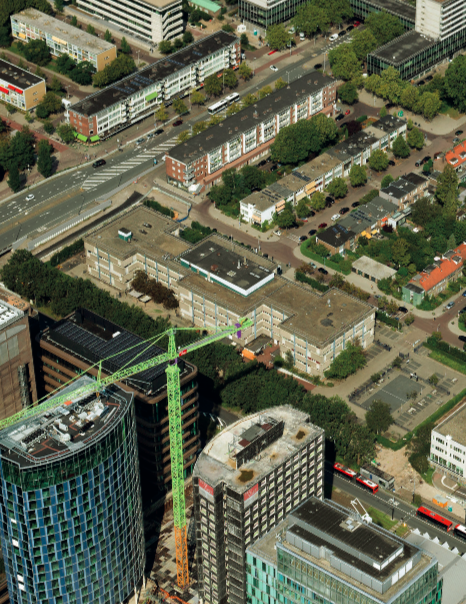 The current building has 14,000 square metres of gross floor area, and measures 110 metres by 40 meters. It is seen as a response to the colossal concrete office blocks which characterized the 1960s, such as the building of the Nederlandsche Bank on Frederiksplein, built in 1968. The architects firm which designed the building on the Prinses Irenestraat, Le Grand & Selle, adopted the ‘brutalist’ style of architecture, with some sections of the building being set in or jutting out, lending it a playful character. 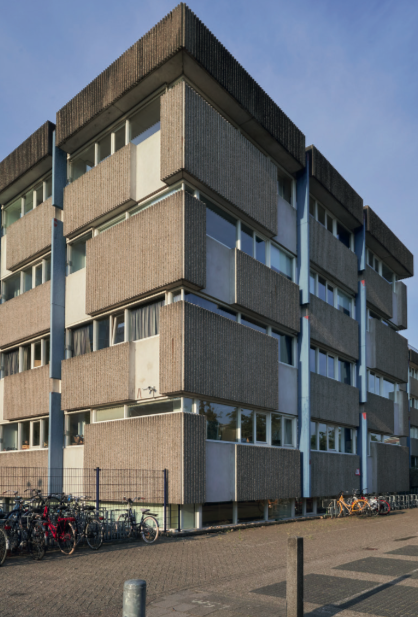 There are currently 113 parking spaces at the AICS (which are not being used at the moment). In order to make the building more sustainable and green, there are plans to reduce this number. The relevant parties are currently still in talks, and the exact number is not yet known. All being well, the new office will be completed in 2023. 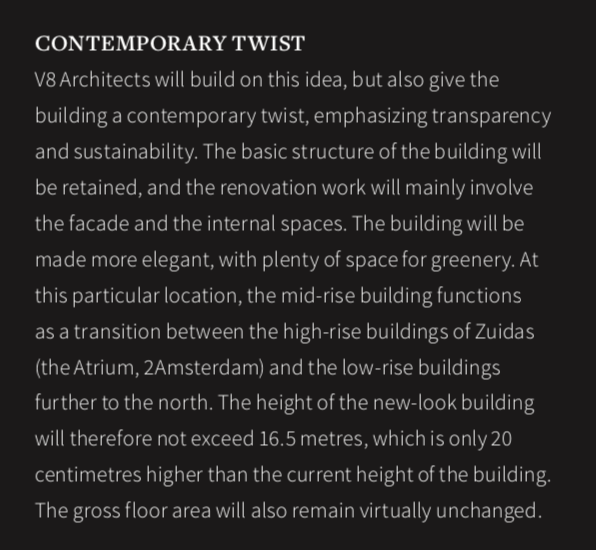