Zuidas is a distinctive part of the city and in high demand among house hunters. Between now and 2040, some 8,000 to 9,000 new homes will be built here. Once known mostly as an office location, more recently Zuidas has been shedding that image in a complete metamorphosis. When Zuidas will be finished around 2040, a projected 15,000 people will call it home. In this new section, we ask residents to tell us where they live and how they like life in Zuidas. This time, we talked to Elton Shehu, resident of 900 Mahler. His ambition to become a professional footballer brought Elton from his native home in Albania to the Netherlands. Though his career path took a different turn – into the flower auction business – he had his heart set on staying in the land of tulips and windmills. 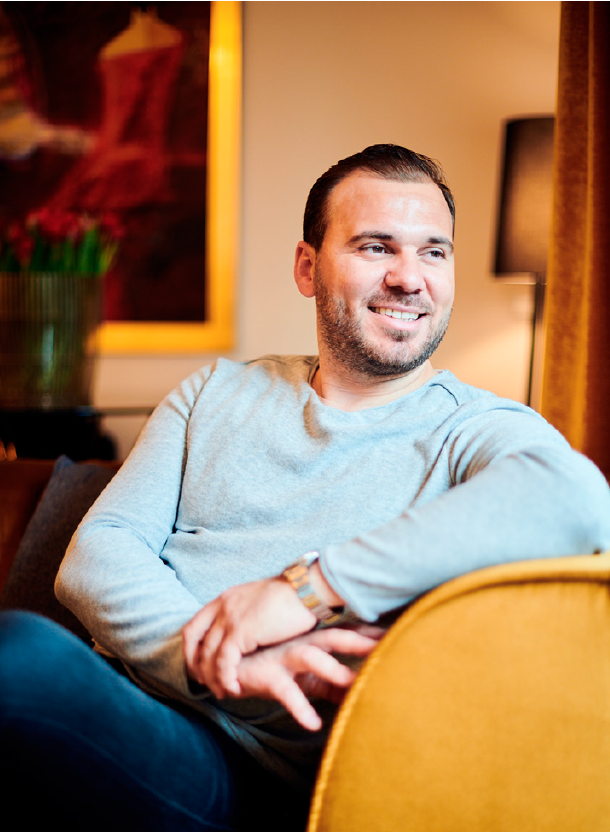 Elton, what were those first years in the Netherlands like for you?
“I came over here with my dad at the age of 16, after being scouted by the German football club Dortmund. That wasn’t a good fit in the end, but I did want to stay in the Netherlands. My dad had worked for the Albanian Agriculture Ministry for 35 years and, while doing business with an Albanian in this country, I found out I had a knack for translation and acted well as an intermediary. That is how I got into the flower business. After spending two months with distant relatives in Tilburg, I decided to set out on my own and apply for asylum.”

What was that period like for you?
“I went through the whole five-year asylum procedure. You find yourself being dragged all over in the process, and it either makes or breaks you. I was sent from Ermelo to the youth centre in Hoogeveen and eventually ended up in Hasselt. I wasn’t allowed to work, but I did some odd jobs as a translator for that Albanian businessman in Aalsmeer. After my residence permit was issued, I headed straight for Aalsmeer to set up my own flower-export business. I owe my success to my ability to make connections with and between people.” 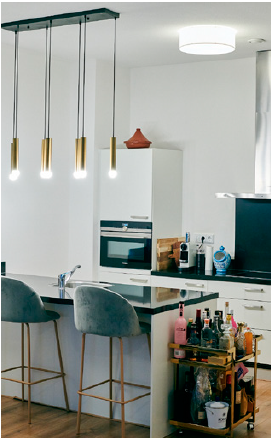 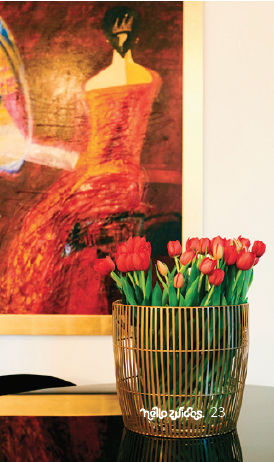 What brought you to 900 Mahler?
“After my divorce, I was living in a village outside Aalsmeer and found myself missing the excitement of city life. I was somewhat familiar with Zuidas, having driven past the skyscrapers and football pitches so often. When I actually began looking for some place else to live, it turned out Zuidas was in high demand. With a little bluffing and striking while the iron was hot, I was able to move into 900 Mahler just a month after signing up. Now, I’ve been very happily living here for three years.”

Is there anything you feel Zuidas is missing?
“As a place to live, I’d say it’s got it all. My two sons can play just around the corner and I like all the amenities in Zuidas. When everything was still open, I could pop into The Breakfast Club or Doppio in the morning and go to Limon and Loetje later in the day. That’s how I got to know lots of people in the neighbourhood, because I like going around to all the local places.” 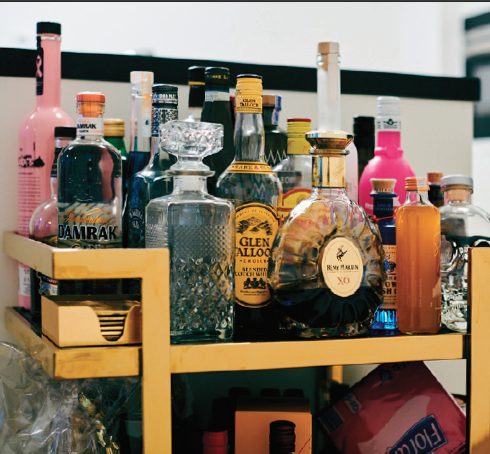 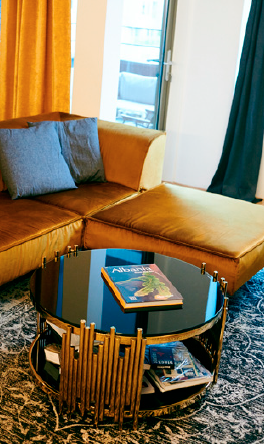 What do you love about Zuidas?
“It’s a very tight-knit community. People in my building regularly get together over meals or to grab an ice cream with the kids on a stroll. There’s still a plan to bring Albanian cuisine to Zuidas, which Calvin at Market33 has agreed to launch there. I hope we’ll be able to restart that idea soon, when the world reopens.”